The ocean is a vast, mysterious, open-world begging to be discovered. Filled with vibrant aquatic life, coral reefs and a terrain as diverse as North Carolina’s landscape. You can experience all of these in the Atlantic waters just off the Crystal Coast. However, while diving on the Crystal Coast, you’ll encounter plenty of historic shipwrecks.

Divers refer to this location as “The Graveyard of the Atlantic,” and Morehead City is the top wreck-diving destination in North Carolina. Plus, with so many shipwreck sites on the coast, North Carolina is #1 in North America. There are enough shipwrecks that you could dive to a different one each day for a month and still not see them all.

An array of war tankers and merchant ships line this area, mostly sent to the ocean’s cold depths by German U-boats during World War II. Ships would go through the shipping lanes while the submarines would sit waiting for them and would sink them as they passed.

The best way to experience these historical sites, as well as the marine life, is to dive! When it comes to shipwreck diving on the North Carolina coast, there are several local dive companies in the area, such as Olympus Dive Center, that can help you discover what lurks below. Most charters are full-day or extended-day trips, depending on the size of the ship and if you want to explore the entire wreckage.

At 110 feet below the surface, you will find the German submarine U-352 that sunk on May 9, 1942, after being struck by the Coast Guard Cutter Icarus during the U-boat attacks of World War II. According to the National Oceanic and Atmospheric Administration (NOAA,) the U-352 is significant to American military history, maritime history and archaeology because it was the first U-boat sunk by the United States Coast Guard in the Battle of the Atlantic.

This site is a tremendous full-day charter and is one of the most intact vessels. The dive skill level is intermediate and resides in an area of sand sharks. A special exhibit featuring a replica of the U-352 can be found at the North Carolina Aquarium at Pine Knoll Shores. 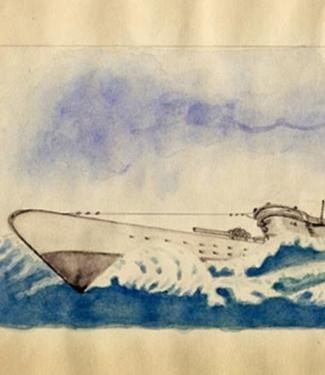 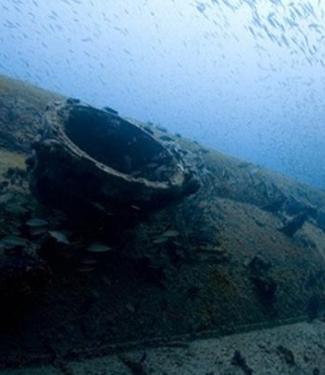 Another World War II shipwreck to check out while on your underwater adventure is the Ashkhabad. This vessel was initially named the War Hostage and was built during World War I as an A-class standard cargo ship. The Russian tanker was hit by a torpedo near Cape Lookout while traveling from New York to Cuba.

It rests in shallow waters, 60 feet below the sea. Its location serves as an ideal opportunity for new and experienced divers. There is excellent visibility (30-50 feet on average) plus a wide variety of aquatic life, such as sheepshead fish, triggerfish, sea bass and spade fish. 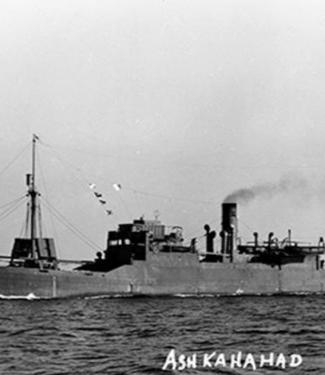 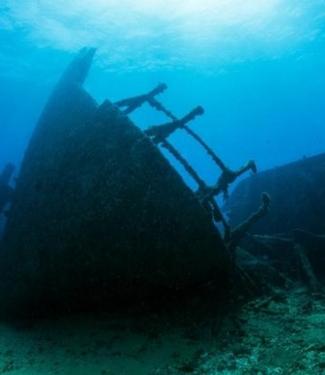 The Normannia is a 312-foot-long freighter that cruised into a gale, causing leaks into its engine room. The ship fell 115 feet to its current resting spot-on January 17, 1924. According to Olympus Diving, the ship is an “unbelievably beautiful dive.”

The wreckage had an area visibility range of 60 feet. The Normannia has become a habitat for wildlife that lives both inside and outside the ship. While diving, you can encounter spade fish, barracudas, lobster and hogfish. The dive level is set as intermediate. 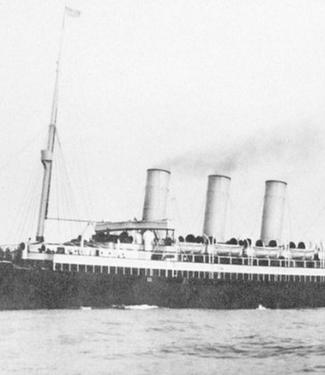 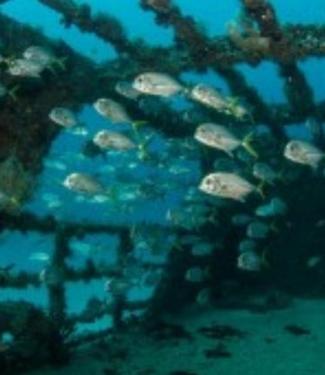 Named after the prophetic old man from Greek mythology, the Proteus is another freighter resting at the bottom of the Atlantic Ocean. This ship was a 406-foot passenger freighter on its way to Beaumont, Texas, when it collided with the S.S. Cushing on August 19, 1918. Historians believe the two ships collided because they traveled “lights-out” and donned camouflage paint to protect them from U-Boat attacks.

Today, it rests 120 feet below the ocean’s surface. The ship is in decent condition, with parts such as the brass wheel on the stern deck still intact. There is average visibility of 60 or more feet. The wreckage lies in an area heavily populated with sand tiger sharks, so use caution when diving. The dive level is set as intermediate. 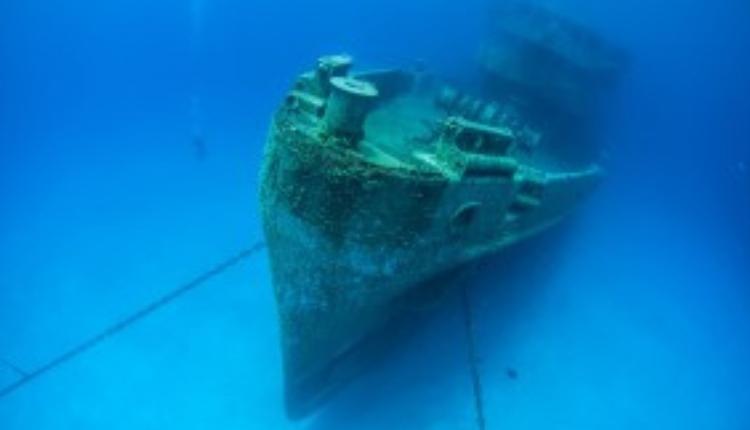 The next shipwreck on our list comes with a multi-pronged history. The Aeolus started as a cargo fighter that held the name Turandot. According to Olympus Diving, after retiring from combat in the late 1940s, Turandot was repurposed as a cable repair ship in 1955. After decades of working the oceans, the ship was sunk in August 1988 as part of North Carolina’s artificial reef program.

The 409-foot-long ship lies at a depth of 110 feet. In 1996, a few hurricanes rolled through and split the ship into three portions. Since then, sections have been turned upright and transformed the location into an excellent dive for beginners and veterans. In recent years, Aeolus has been a prime site for diving with sand tiger sharks. 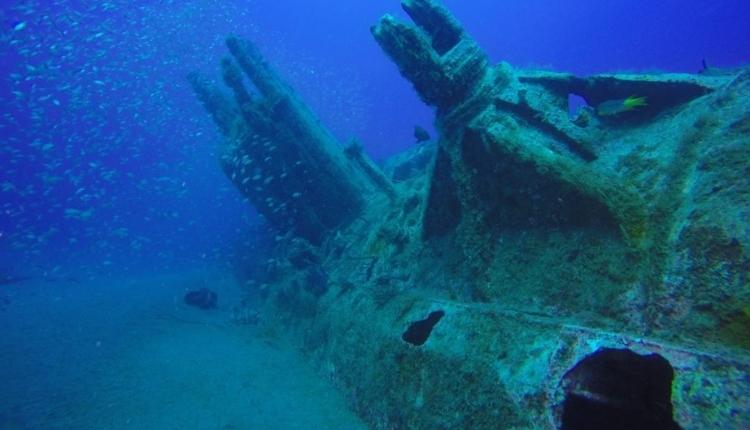 Another wreck site near Cape Lookout is the remains of the W.E. Hutton. According to NOAA, the wreckage can be seen in the waters near Beaufort, North Carolina. The Hutton, nicknamed the Pappose, was a cargo ship for the United States Shipping Board until 1923. During March of 1942, the cargo ship threw caution to the wind and was attacked by a U-boat on its way to Pennsylvania from Texas.

NC-Wreck Diving notes that the Hutton rests 90 to 120 feet below the ocean’s surface. An excellent location for beginners, the wreckage is home to sharks, a variety of fish and manta rays. Be sure to make your way to the bow anchors. They’re a sight you won’t want to miss. 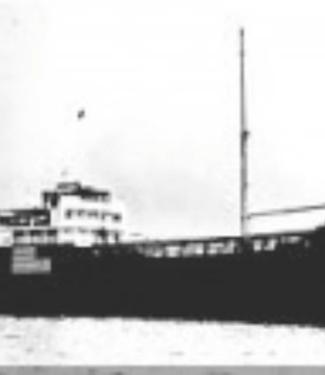 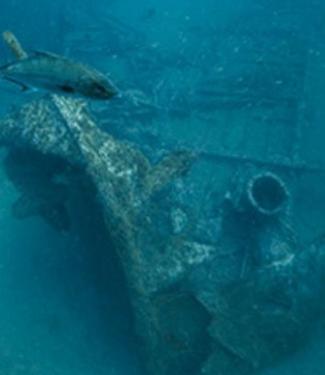 In 1942, the freighter known as Caribsea departed from Cuba to Virginia with 3,600 tons of manganese ore. Under the darkness of night on March 10, the ship approached Cape Lookout with its cargo when it slowed down to follow its directive to pass Diamond Shoals in the daylight. It was during this time that the U-boat positioned itself south of Cape Lookout. Caribsea took a torpedo hit and sank to the bottom of the ocean.

While the wreckage is another tragedy of World War II battles, it has become a popular location for divers today. Caribsea can be seen at around 60 feet year-round and usually hosts various aquatic life like stingrays, Spanish mackerel and spadefish. 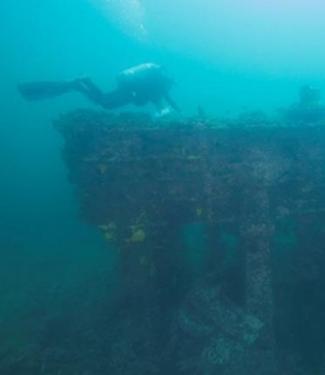 Built during World War I, the Naeco was a tanker originally named Charles M. Everest. After leaving U.S. Shipping Board, it became part of an oil company that operated out of Delaware.

Around early 1942, the ship was attacked by a U-boat. A torpedo ignited the fuel and cargo. The ship broke in two then sank to the bottom of the ocean near Cape Hatteras. Today, the Naeco wreckage can be found around 145 feet below the surface. It’s home to tropical fish, pompano and grouper. Divers love making their way to the engine, anchors and boiler. 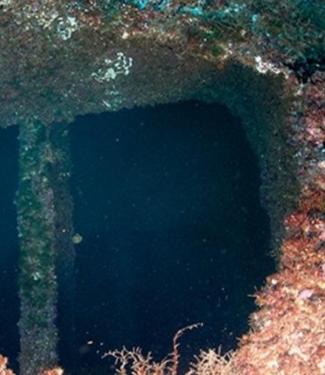 The Atlas, built in 1916, was a gasoline tanker that found itself in the wrong place at the wrong time on April 9, 1942. According to the Olympus Dive Center, U-Boat activity was very high, and this tanker was unarmed and in a dangerous position.

Atlas underwent an attack that April night and experienced a torpedo hit. The ship rests 23 miles east of the Beaufort inlet. The top of the tanker is at 90 feet depth and the maximum depth is 130 feet. This shipwreck is an excellent location for intermediate divers. 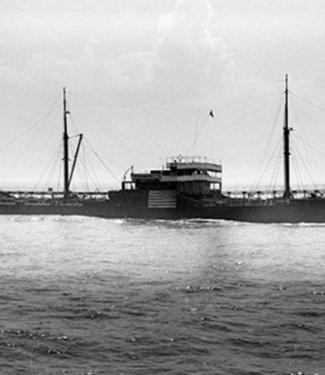 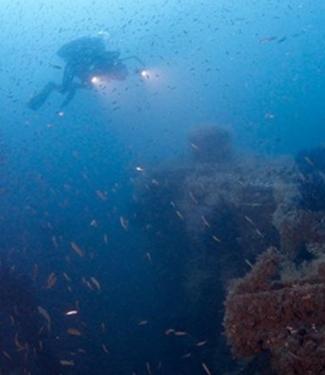 Divers describe the Schurz as one of those wrecks you can visit hundreds of times and still see something new. The Schurz was originally a 255-foot German gunship named the SMS Geier and was built in the twilight of the 1800s. In 1914, the United States seized the ship and renamed it. When World War I broke out, this ship was one on Germany’s ships to take out. They didn’t want their ship to be a factor in their defeat. However, running with no lights would lead to the ship’s doomed fate. 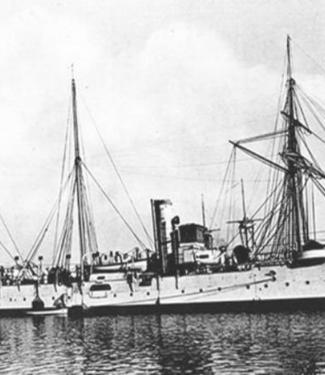 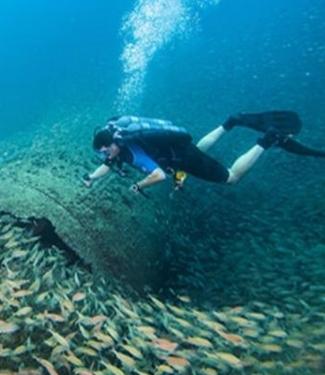 On June 21, 1918, more than 100 years ago, the Schurz found its position in 110 feet of water when it collided with the SS Florida near Cape Lookout. Today, you can find the Schurz sprawled along the bottom of the Atlantic. Divers with sharp eyes often locate ammunition and bullets from the wreck. A heavy concentration of aquatic life can be found here and typically include large schools of bait fish, sand tiger sharks, grouper and amberjack.

As you plot out your underwater adventure, be sure to check out Emerald Isle Realty’s vacation properties. With more than 700 locations throughout the Crystal Coast, you’re bound to find one perfect for relaxing after your underwater excursions. Olympus Dive Center is the premier dive charter for wreck diving off the N.C. coast. Explore all the dive trips they have available and see these historic relics for yourself.

Save it for Later Featured Property of the Week – The Emerald Summer

Featured Property of the Week – Calypso