Looking for more ways to experience the beauty of North Carolina’s Crystal Coast? Read the books and then visit the southeastern North Carolina beach towns that inspired the picturesque settings found throughout popular romance novels written by Nicholas Sparks, a renowned author from North Carolina. You’ll fall in love with the coast all over again on these romantic journeys set amidst the quaint and charming coastal towns of New Bern, Swansboro and Beaufort. 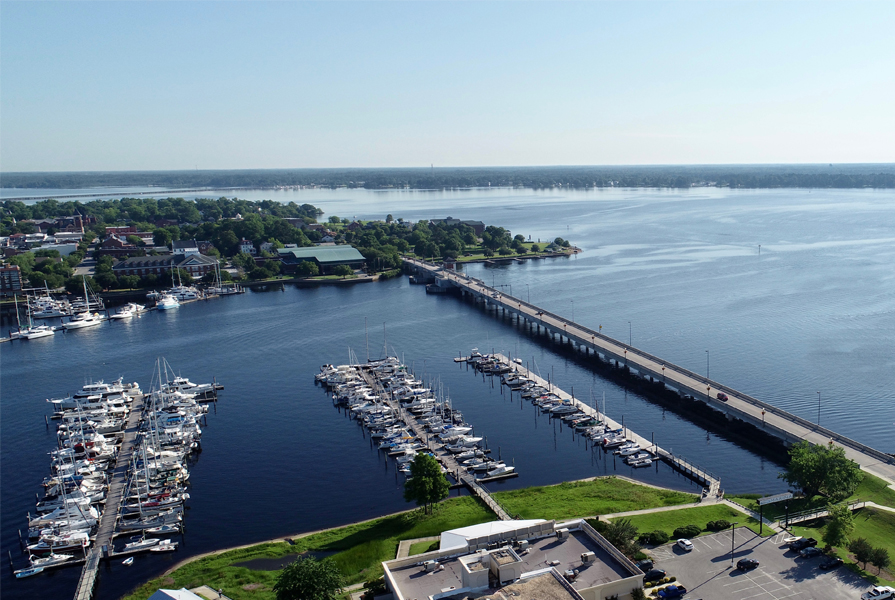 New Bern is not only the setting that inspired numerous Sparks’ novels, but it’s also the small coastal town that Nicholas Sparks has called home for many years. As the second oldest town in North Carolina, New Bern is rich not only in beauty, but also in its history.

Known as the Birthplace of Pepsi-Cola and boasting more than 150 homes and buildings on the National Registry of Historic Places, New Bern is steeped in old-world charm. It’s easy to see why New Bern was chosen as the setting for five of Nicholas Sparks’ best-selling novels, “The Notebook,” A Bend in the Road,” “The Wedding,” “Safe Haven” and “The Return.”

“The Notebook” was later adapted into a movie starring Ryan Gosling and Rachel McAdams along with “Safe Haven” starring Julianne Hough and Josh Duhamel.

A few New Bern locations that were featured in Sparks’ novels include: So what’s the best way to see the locations in New Bern in-person?

New Bern offers several self-guided, themed walking tours that are popular amongst visitors. The Walk to Remember tour highlights fifteen different landmarks throughout town that were mentioned within the three novels. The New Bern Convention and Visitors Bureau has a map that you can print out and take along with you. You’ll find more info and a quote from the book that relates to each specific location. “A Walk to Remember” and “The Choice” are two novels by Nicholas Sparks that are set in the quaint and historic town of Beaufort, North Carolina.

A seaport town rich in maritime history, Beaufort is the third oldest town in North Carolina. Spend a day or more exploring the historic downtown waterfront, see historic homes, or wet your line with some great fishing spots. With so much to explore in Beaufort it’s easy to see why visitors are so drawn to this picturesque area.

“A Walk to Remember” was adapted into a movie starring Mandy Moore and Shane West along with “The Choice” starring Benjamin Walker and Teresa Palmer.

So what’s the best way to see the locations in Beaufort in-person?

Hungry Town Tours offers a variety of guided walking and biking tours that explore Beaufort’s history and culinary scenes. Their Nicholas Sparks themed “A Ride to Remember” bike tour is the perfect way to get out and enjoy the fresh coastal sea breeze and explore this charming coastal town. 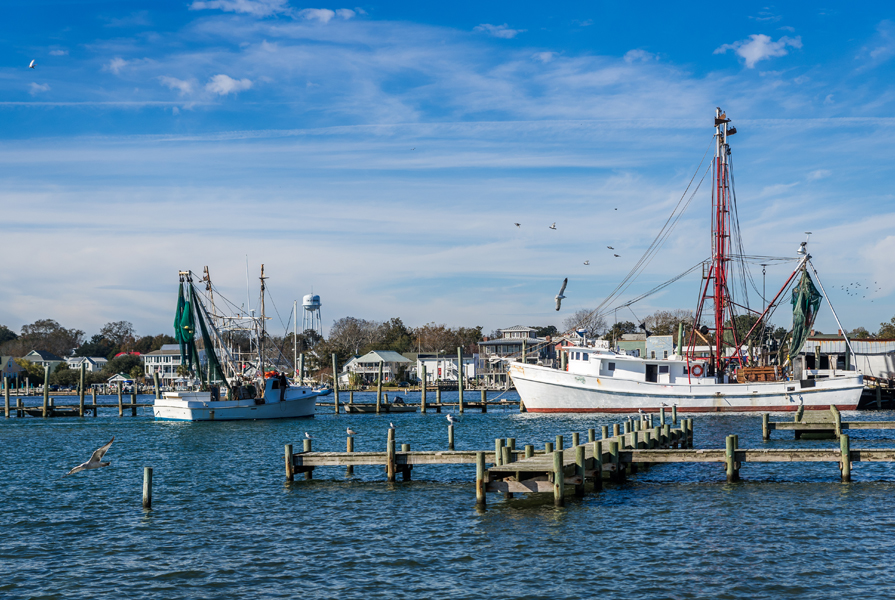 Swansboro, North Carolina serves as the backdrop for Sparks’ seventh novel, “The Guardian.” Known as “Friendly City by the Sea,” Swansboro is situated at the confluence of the White Oak River and the Intracoastal Waterway. The miles of pristine coastline and unspoiled beaches make it the perfect setting for this romantic thriller.

So what’s the best way to see the locations in Swansboro in-person?

Swansboro’s historic district is a popular spot with plenty of things to do for visitors and locals alike. Browse the quaint shops, explore the many historic homes and buildings and then sample some coastal cuisine at one of the town’s popular waterfront restaurants.

Now that you’ve had a chance to learn more about the beach towns in North Carolina that inspired several of Nicholas Sparks’ best-selling novels, make plans to experience the unique coastal charm and flair that each community offers for yourself. Add a tour of these North Carolina beach towns to your summer bucket list.

Pin it for later

Our Favorite Recipes from the Sea

We are open, we are a safe beach, and we have an exemplary new bedding program!